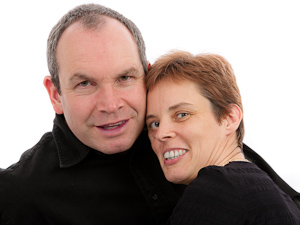 A lovely couple from Watford visited the studio, M. decided to buy his wife a portrait as a 20th Wedding Anniversary present and I was lucky enough to be chosen as the photographer for the job. They wanted a large framed picture to hang on their wall M’s wife told me that she liked the white background pictures with natural poses that she had seen on my portraiture website and so that’s was the brief.

We started with the white background and some full length shots, then to 3/4 and on to head and shoulders. I tried to keep some variation, standing up, sitting down etc and we even managed to get M. to kneel on one knee for a couple of shots.

Once the high key shots were all completed and with my clients wearing black tops, I suggested that we might try using a black background and some directional lighting. They were ready to give it a try and 5 minutes later, with the backdrop replaced, the lights adjusted and a few test shots, we were all set.  A short sequence of shots and the shoot was over.

M and his wife seemed to enjoy the shoot, there were lots of smiles and laughter (especially when we tried to get M to kneel down!). They were a joy to work with, very decisive, easy to direct and open to try different things. 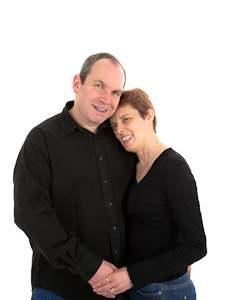 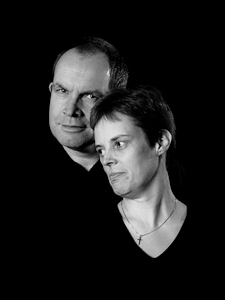 A shift of mood